Residents of Indiana, Doug and Tammy have called Grand Traverse Bay, Michigan their second home for 18 years. The site they’ve enjoyed over those years includes lake frontage and views worth talking about. (Mike W captured the panoramic above from the peak of the frame on crisp day.) The couple frequented several timber home shows where they met New Energy Works Drake Ambrosino, and we’ve helped them bring it to reality this Winter. 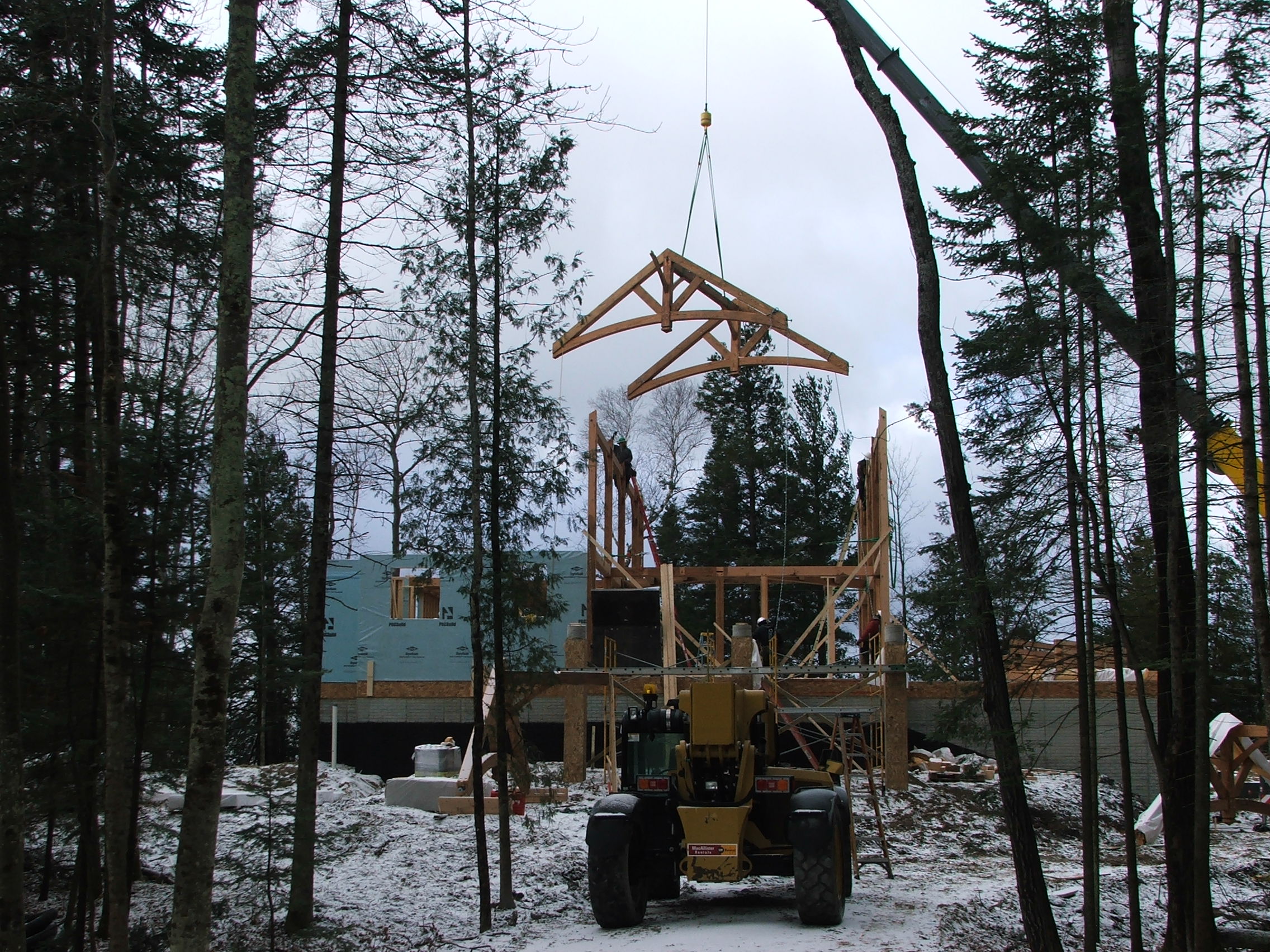 We were told the weather is usually great in Grand Traverse, but that lake-effect snow is no joke near the water. While Darren, Mike, Anthony, and Noah were raising the frame, some tough weather hit the site. For nearly two weeks the temperatures ranged from just above zero into the teens with daily snow. The flakes didn’t diminish the team’s energy as they joined the custom stained Douglas fir main frame, front porch, and rear balconies. 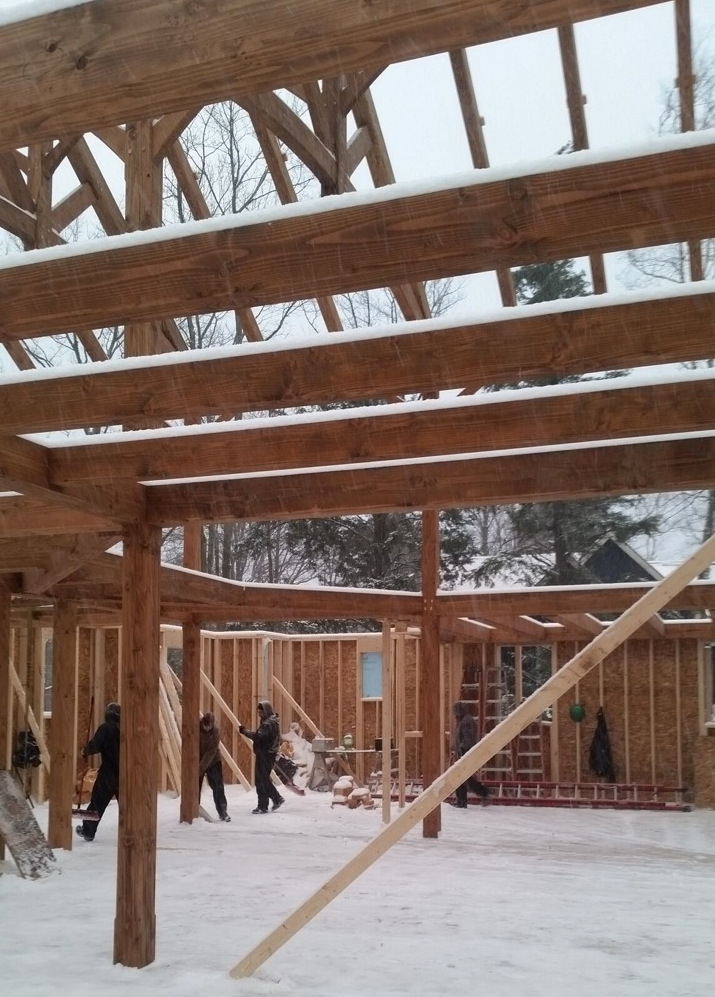 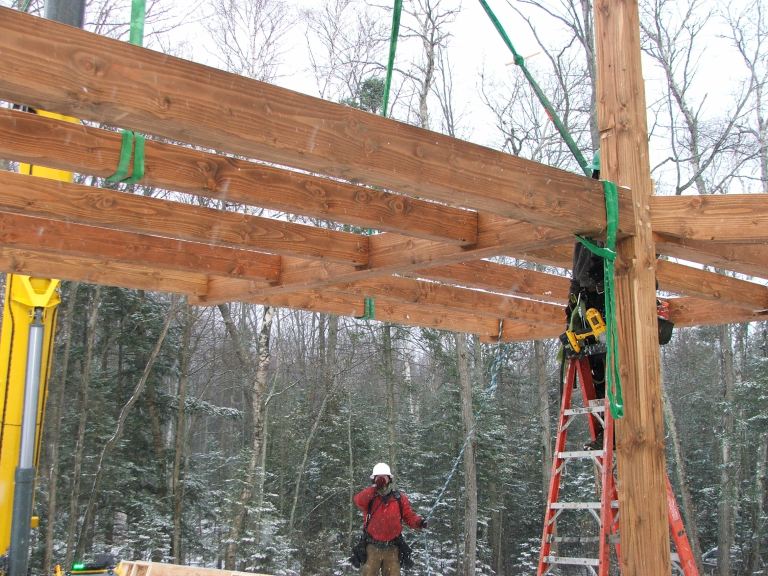 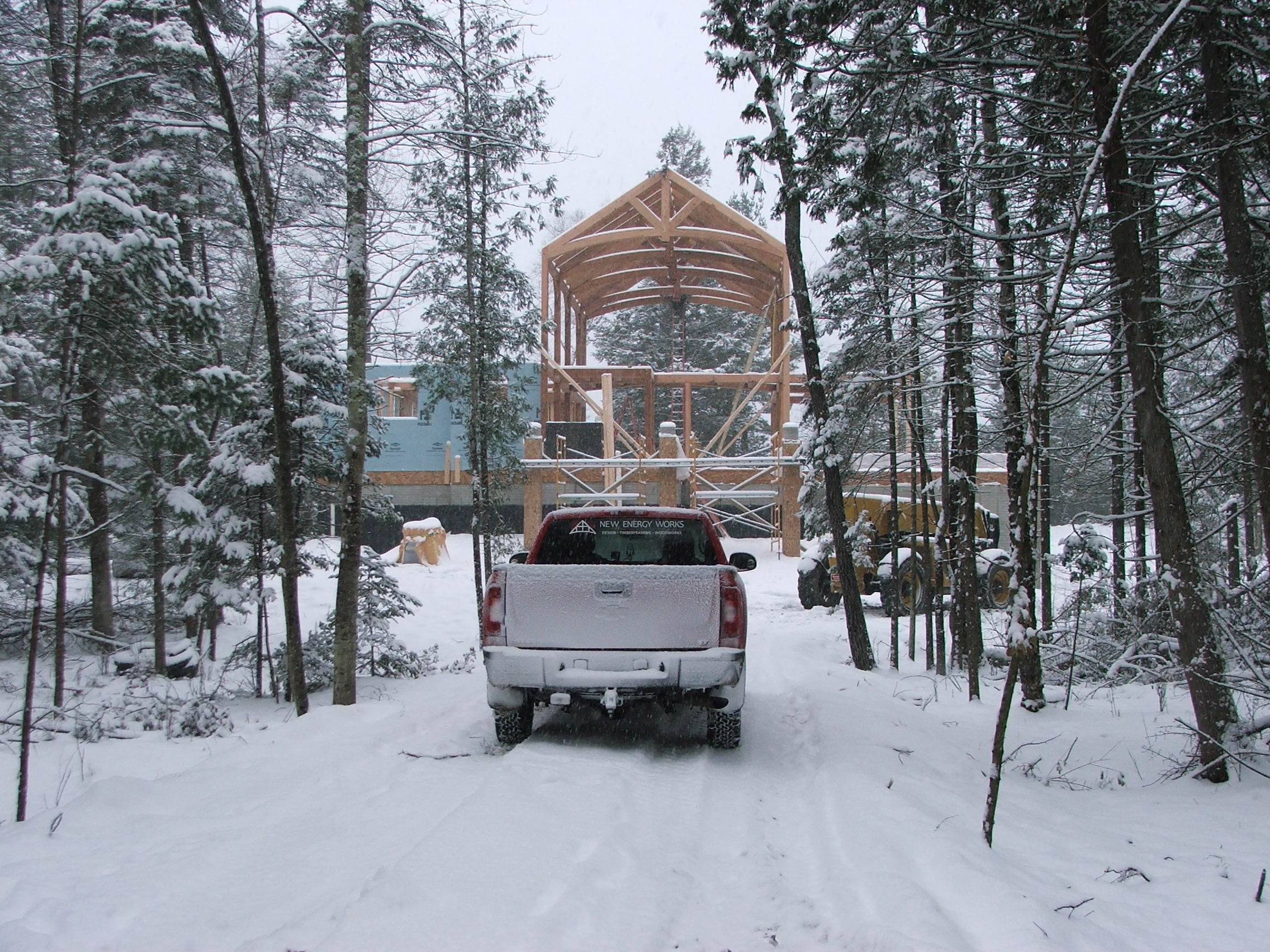 T&G of the same species and finish was installed over the main frame, followed by SIP roof panels. Mike W told us, with a quick chuckle from behind his hearty beard, that high winds were ‘a challenge’ for the SIP panel installation in particular. 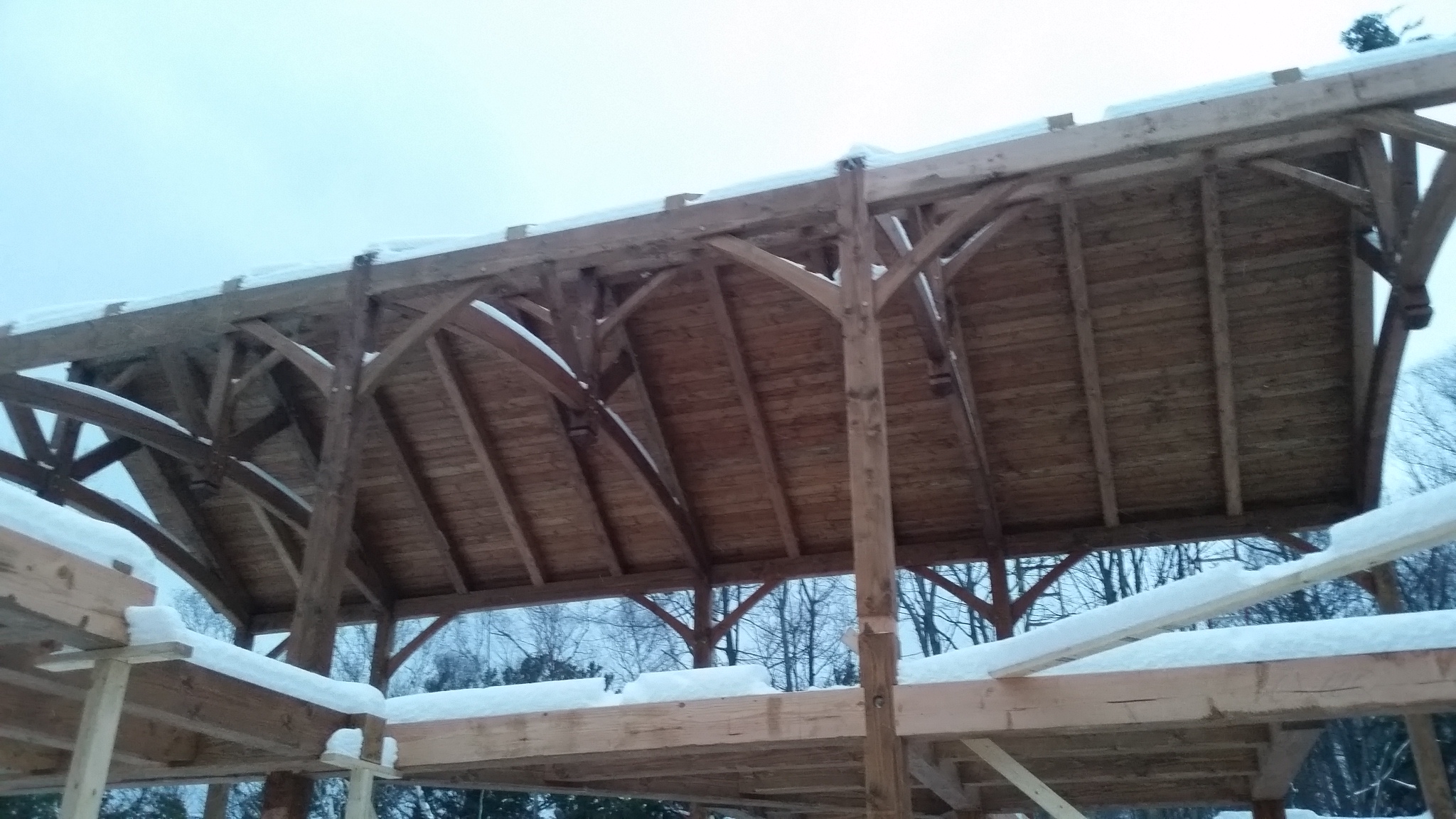 Porter Builders from Kewadin, MI will be completing the home throughout 2017. Points of interest within just an hour of this project include Charlexoix, Petoskey, Traverse City, Torch Lake, and many ski areas. 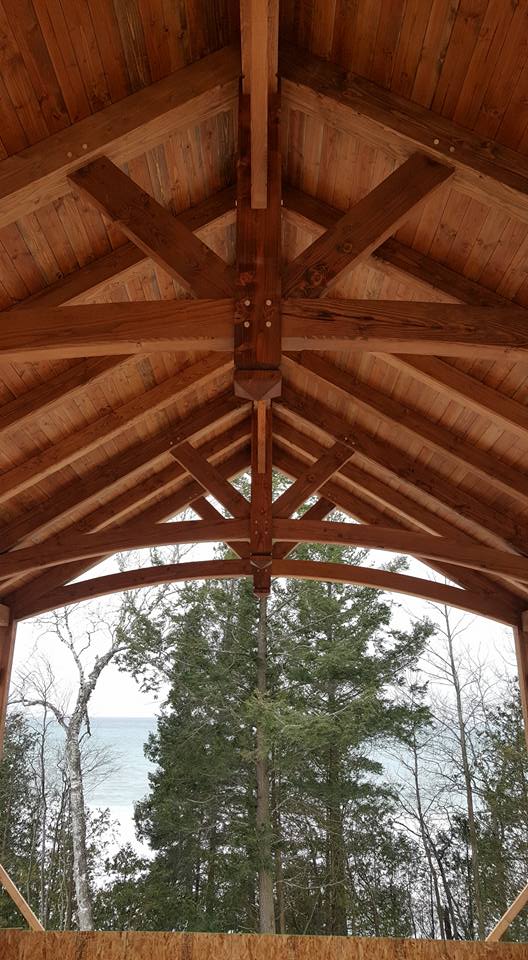