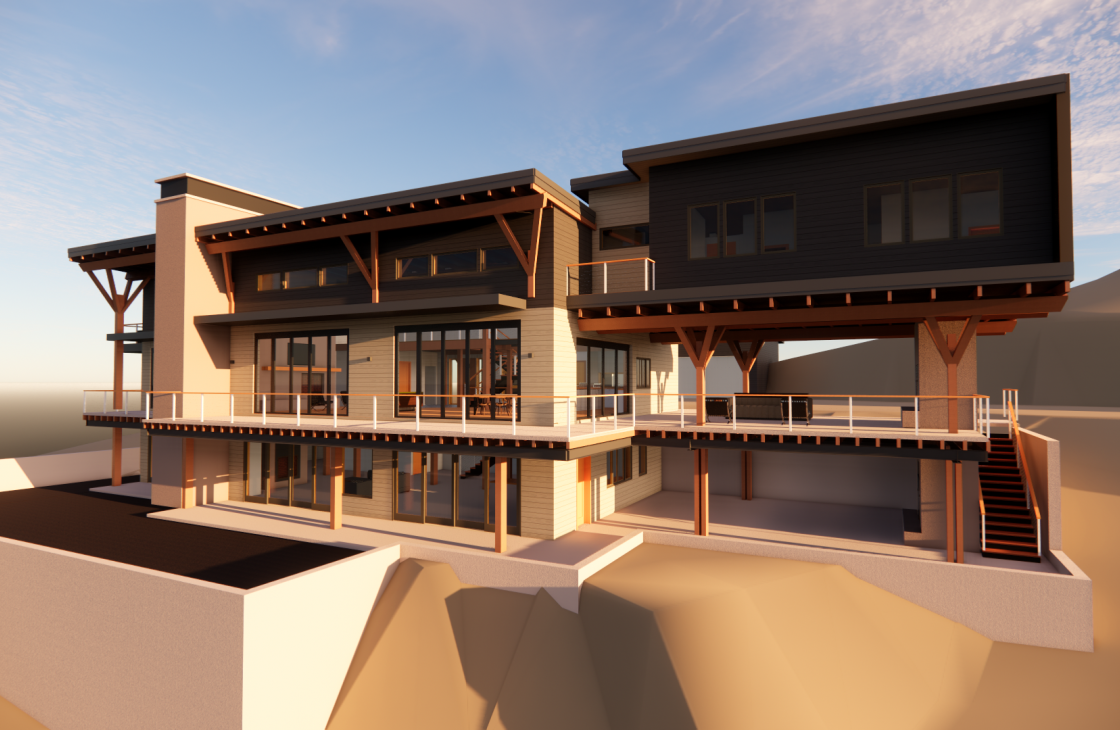 Lake to city views: On the Boards with our Design Group 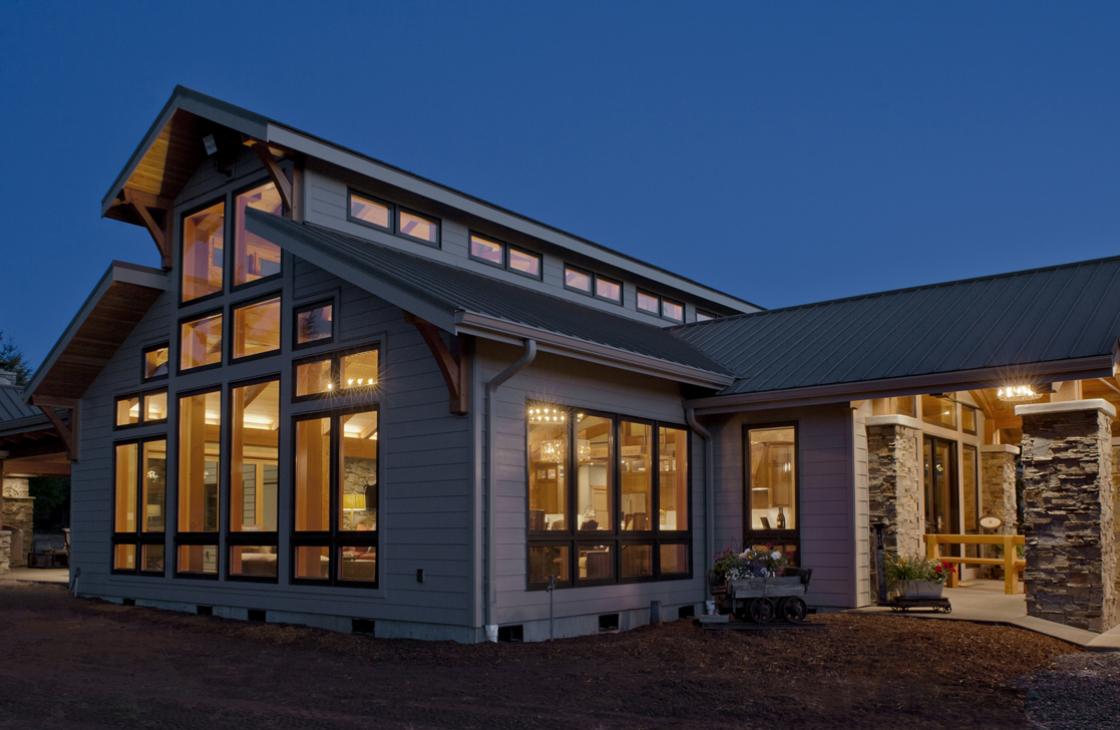 The Oldest Teenagers We Know 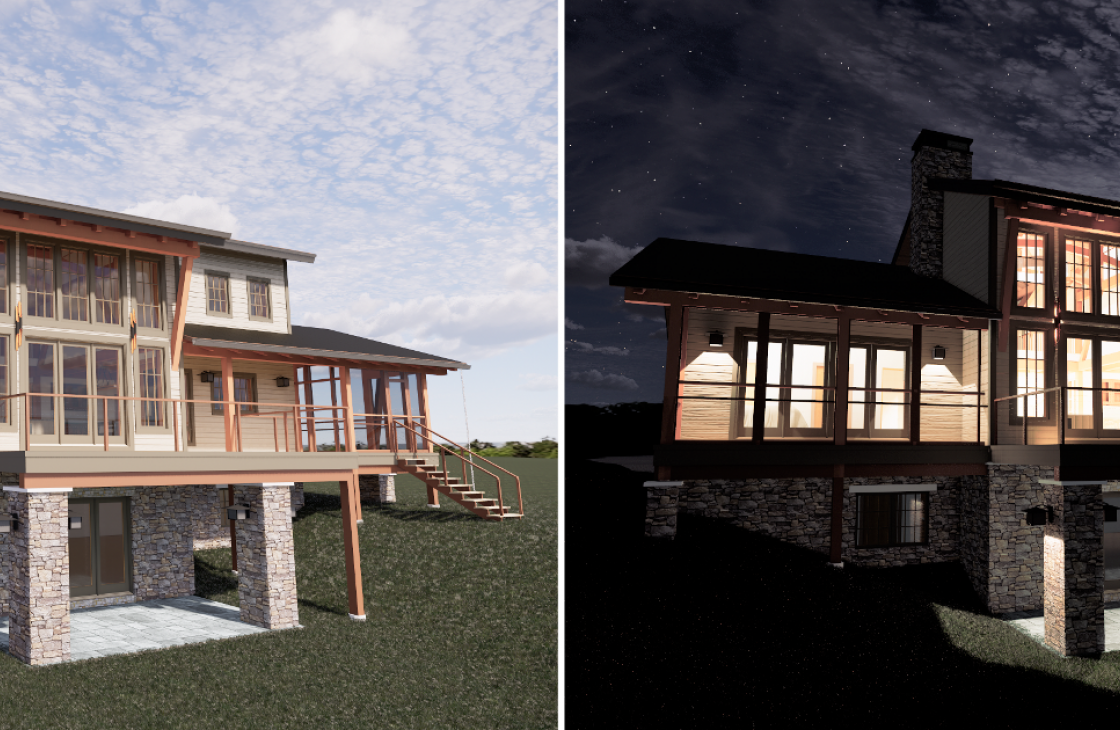 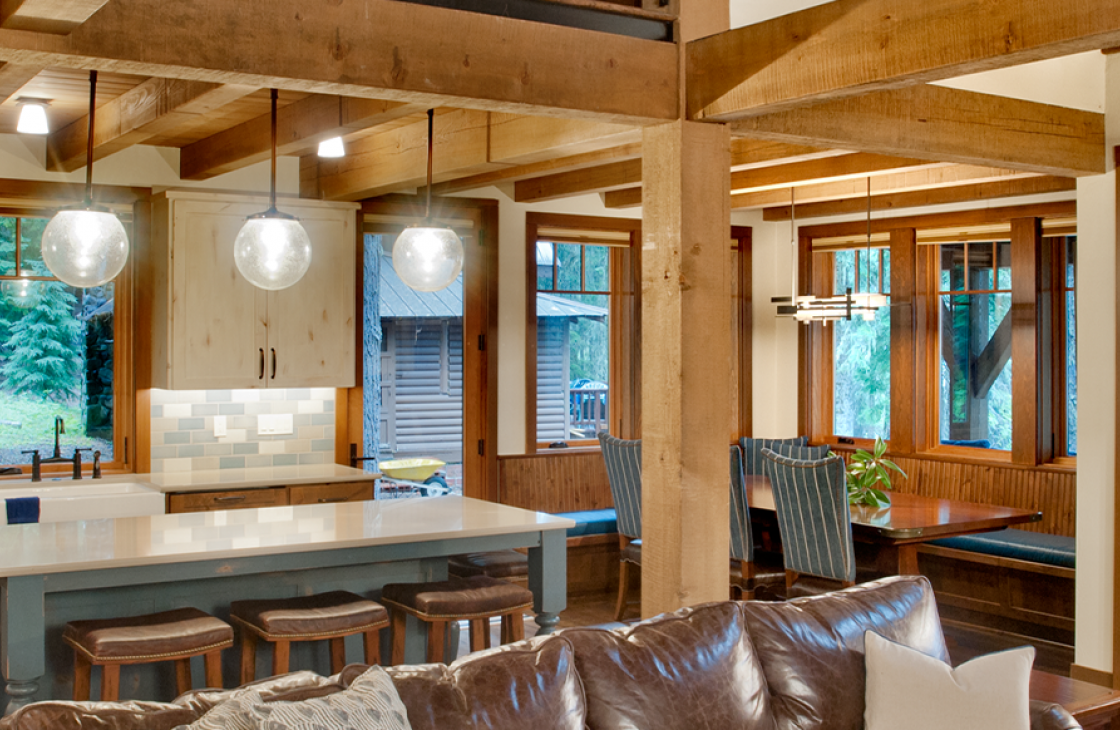 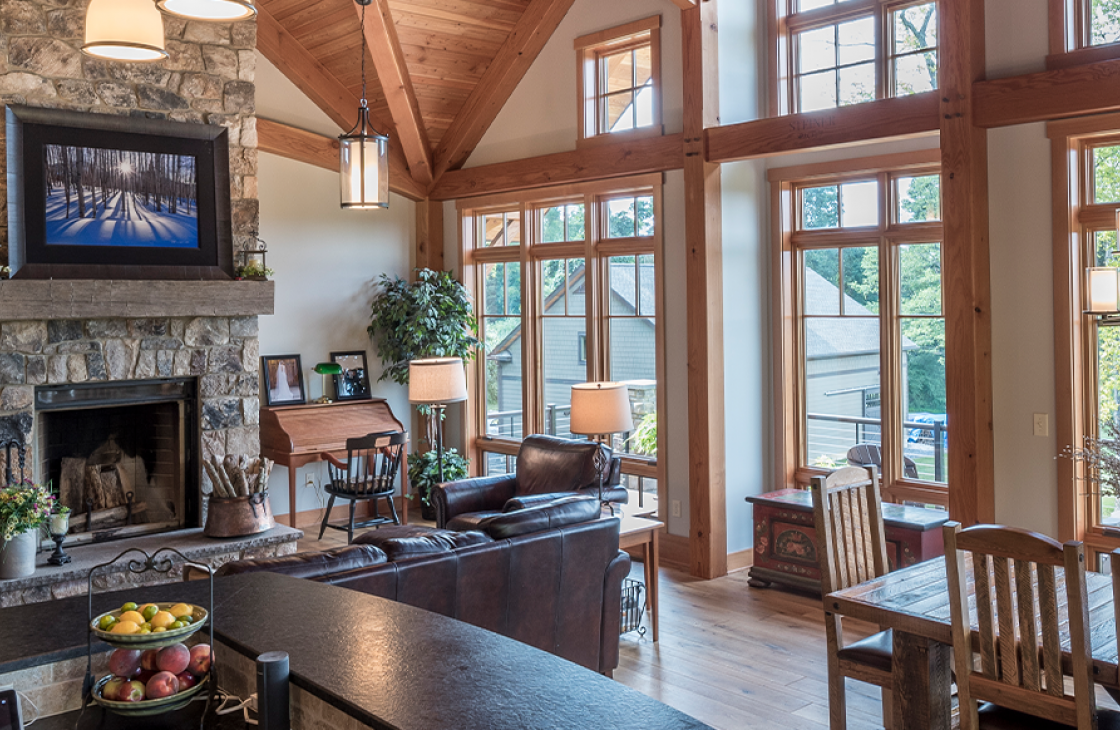 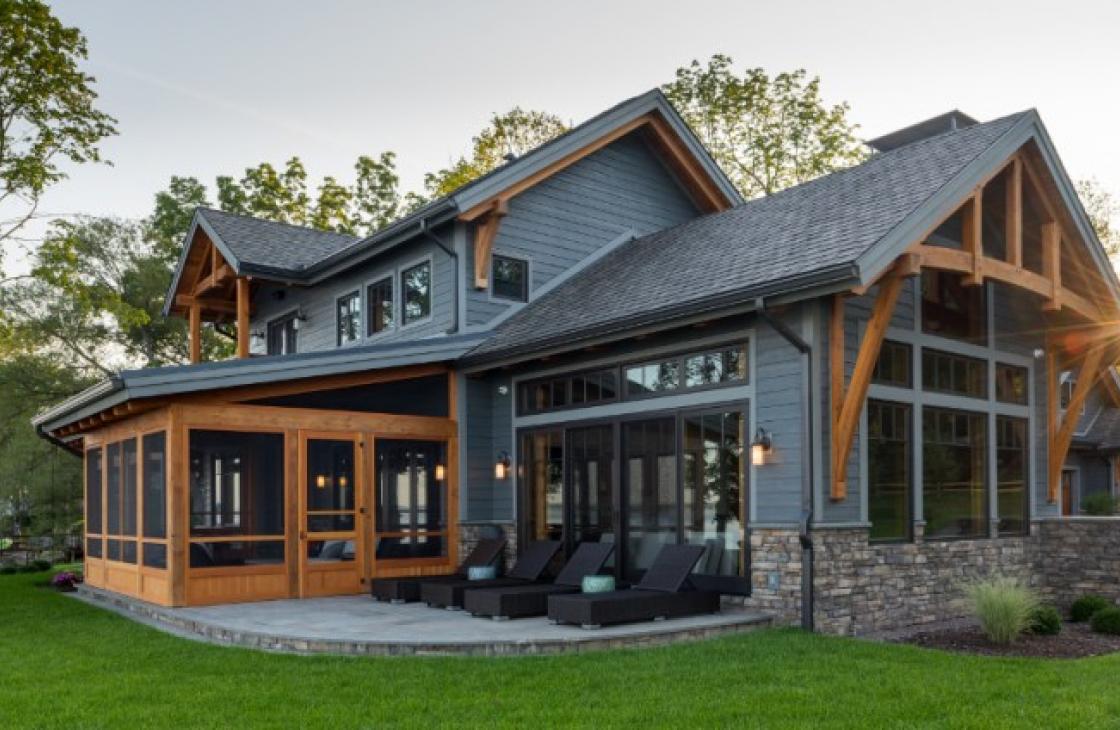 On Point: Lake Living in the Finger Lakes
Building a Legacy

Perched high on a cliffside in rural Maine between nesting sites for Bald Eagles, this vacation home melds the traditional with the modern for a truly timeless design. Integrating steel, stone and heavy timbers, this project takes its inspiration from large vacation estates common in the early 1940’s and brings it into the 21st century.

“The property is a classic Maine coastline property with all the character of local fishermen and rough and tumble loggers. It is just beautiful country, and depending on where you are coming from, probably inexpensive to visit.” Explained Chip Thorner, builder on the project. 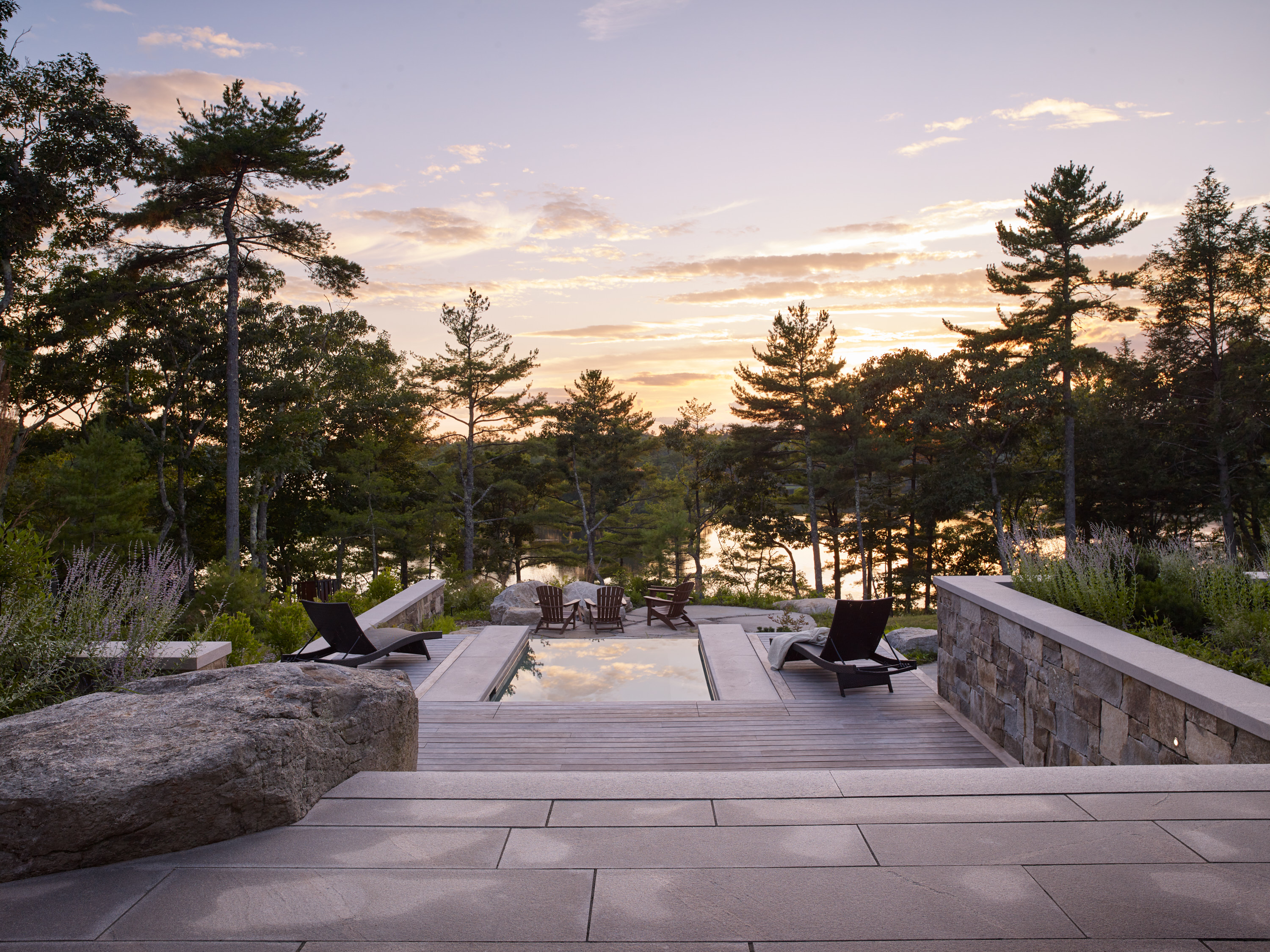 Working on an idyllic granite cliffside with stunning views is not without its difficulties. The building process had to contend with the rocky terrain, logistical hurdles, and local wildlife regulations. 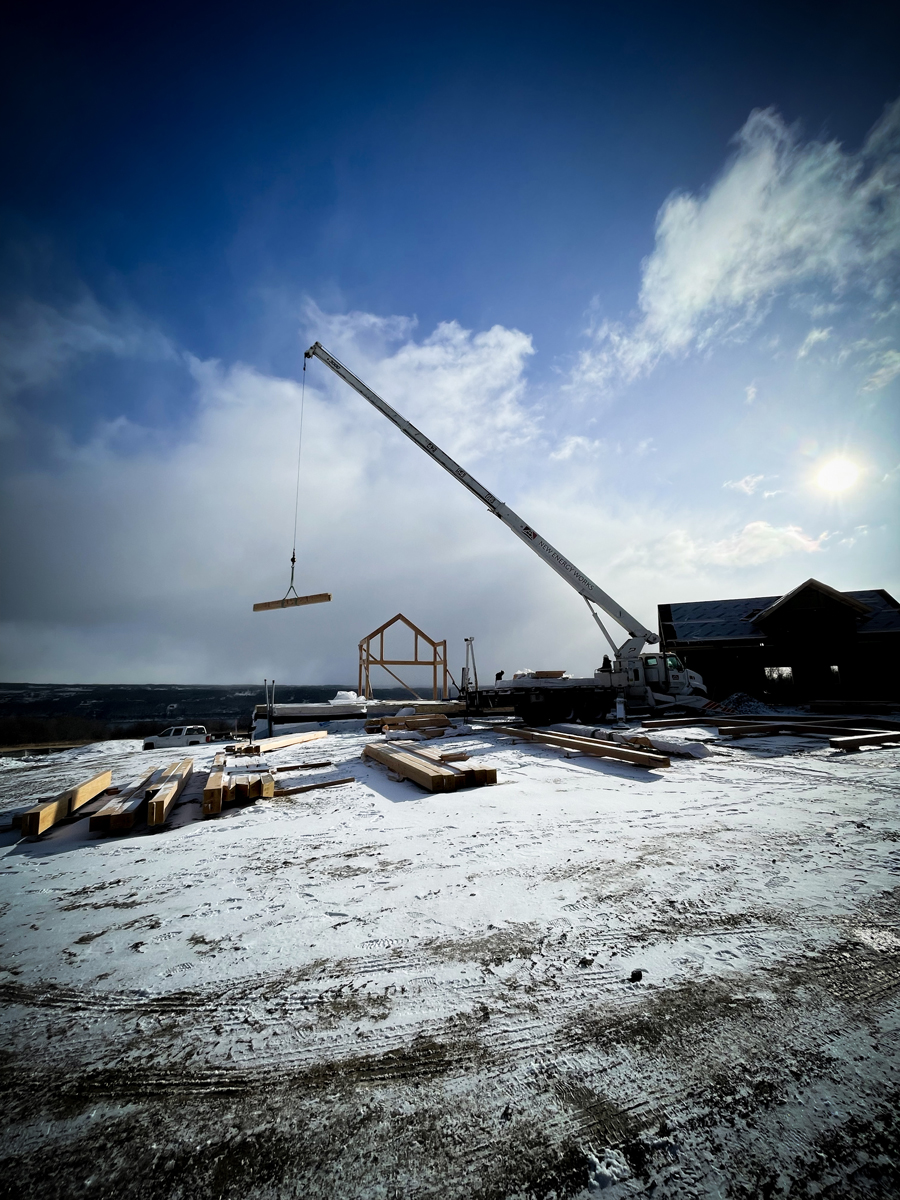 I’ve seen my fair share of idyllic & passionate raisings. It comes with the job, and similar to the oiled Doug fir smell that hits you when you enter our New York office, its wonderment fades over time. Still delightful and one of the reasons I love working here, but less obvious in the day-to-day.

“The timbers were significantly more beautiful that I thought they would be once they were being raised. I had the opportunity to come to the New Energy Works Timber frame shop, and I would say that seeing parts of our house being milled was one of my favorite aspects of the project along with meeting the people behind the scenes, it was a very special experience for me personally, I loved it.” —Gwynne

And I’ll admit that it’s been a while since I’ve put my boots on, left my screen, and headed to site. A white-out drive and -20 degrees on a January morning weren’t exactly what I had in mind, but I had a favorite coworker/copilot (Meg) and a destination of Ithaca—my hands-down #1 Finger Lakes town.

“I think the raising happened on the coldest day of the year; it was a major feat. I cannot believe the crew withstood that cold. I think I had adrenalin pumping because I was so excited, literally running in circles with giddiness, it was a spectacular experience. I almost wish the raising could have been in snow motion, it was sort of like Christmas, you wait, and you wait, and you are so excited, I really just wanted to slow it down once it started to make it last longer.

Read more
West Coast Field Report: What to do on a snow day

As the weekend grew closer and closer, the forecast looked more and more ominous. Despite the onslaught of snow that had arrived the previous weekend shutting down roads and stranding drivers, warm weather threatened the glorious conditions for backcountry skiing in the Oregon Cascades.

Anxiously awaiting the reports of conditions, my co-worker David and I decided that the rain was brief enough, the weather just cold enough, and the overnight snow that had fallen would be enough. Out into the wilderness we would go seeking adventure. 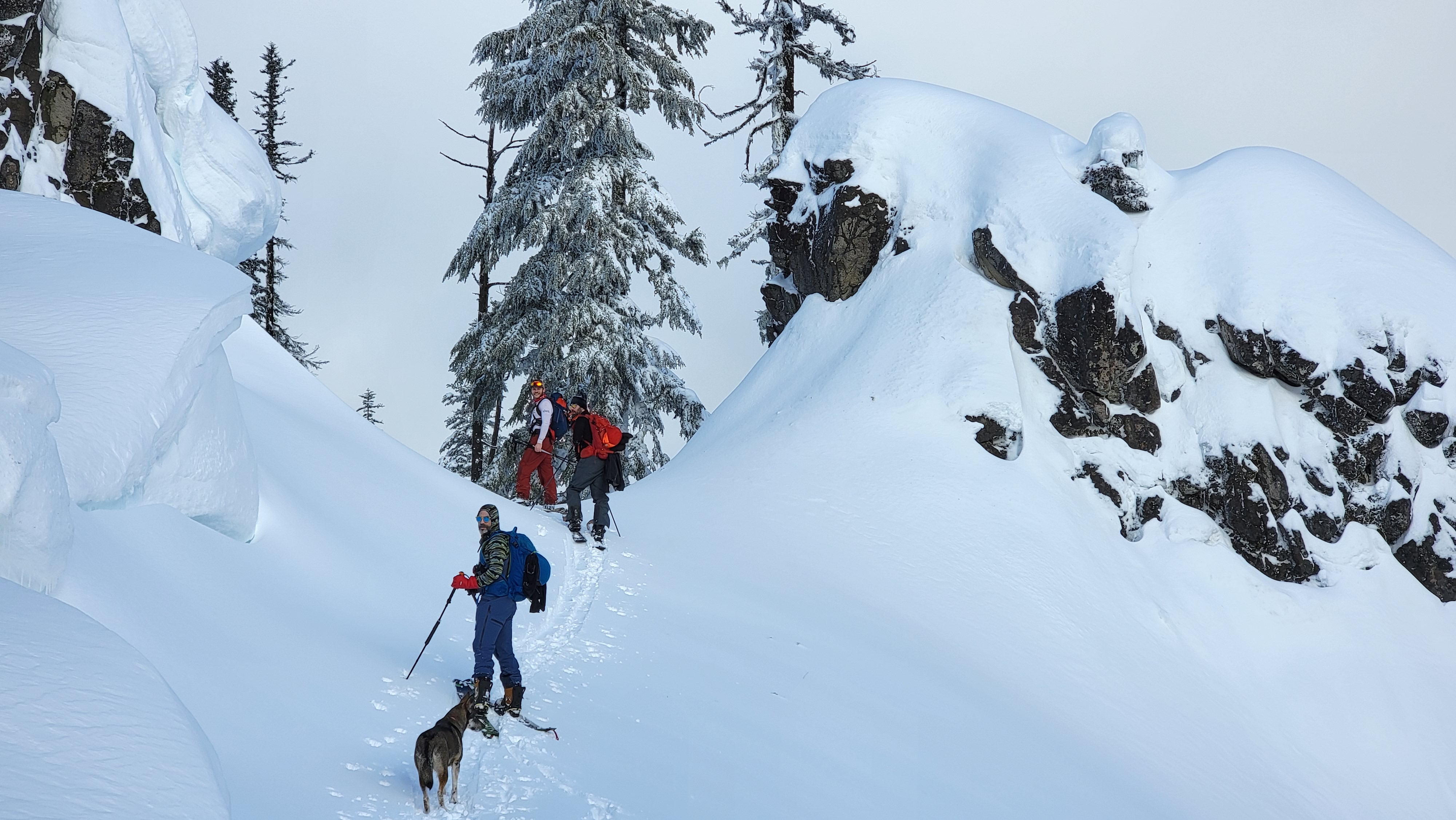 As we put on our boots, strapped ourselves into our skis, equipped with avalanche beacons and rescue equipment, we started our trek. An hour and a half of skinning (a ski term that refers to walking with skis that have strips of material, or “skins”, attached to the underside to provide traction while not traveling downhill) later, we reached the base of the area we hoped to ski down. 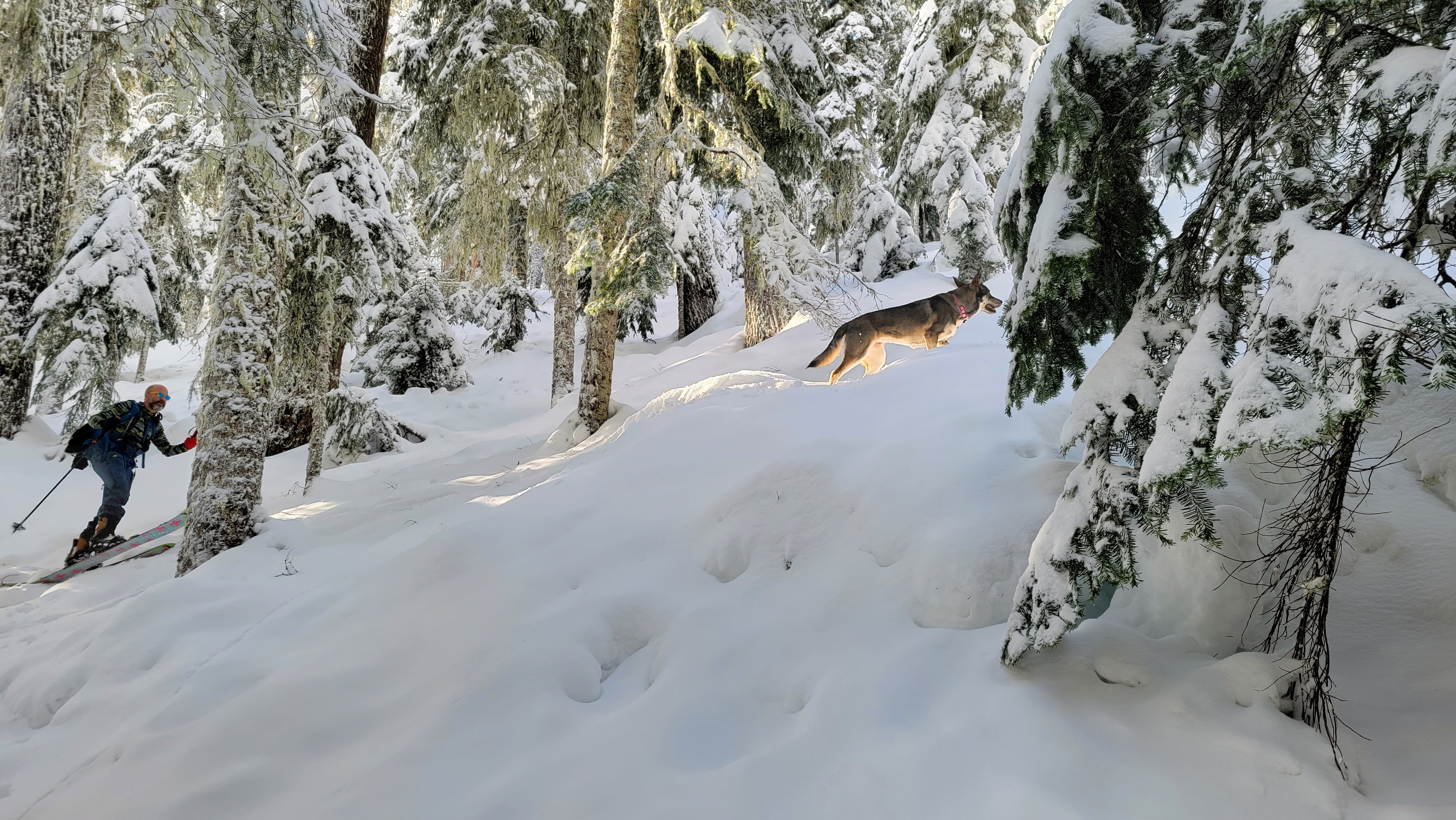 Light streamed through the trees illuminating our route upwards. We were entering the point of no return, if we went up, we would have to ski back down. As we hiked up through the snow-covered trees, anticipation rising by the second, we caught our first glimpse of blue skies.