Has it really been a decade since we opened in Oregon? No. Actually, it’s been 9 years. Summer, 2008 I landed out here after a few years of research and prep just in time for the roughest economic face plant many of us have known (and I’ve known 4 others in our 30 years).

I liken that whole beginning to parachuting out of an airplane amidst blue skies into a thick but fluffy-enough bunch of clouds. Once inside, there was some suggestive bumping about, some troublesome turbulence, but not a clear sign yet of what lay ahead. Then suddenly I break through those clouds and the scene below me opens like a battlefield movie: burning buildings, scorched earth, hungry villagers with widening eyes and the air full of acrid smoke. (Yes, yes I’m exaggerating for effect. There were no burning buildings.)

That was the starting of our west coast effort at the beginning of that darned big recession. In looking back, it might have been better to hang out on the beach for 4 or 5 years rather than make the effort we did to build our business in such a setting. But I am neither prescient nor idle, and so work we did.

…and we’ve made great progress, and well, we’re pretty glad we didn’t just hang out on the beach. I would have gone insane.

Today we’ve grown to 25 coworkers in timber framing, carpentry, design, engineering, and millworks, and the buzz is on.

Here’s a quick picture of our year so far. Join us at an event if you can, or stop by our Shop in McMinnville or Studio in SE Portland.

In mid-October we’ll be raising the brewery for the monks at the Mt. Angel Abbey. Actually, we will be HELPING raise it, as we designed the frame to go up in a community hand raising. Can’t you picture a bunch of strong monks, timber framers, community folks all lifting and pulling together? I can. Mt Angel, Oregon.  Mid to late October.

And on the boards. 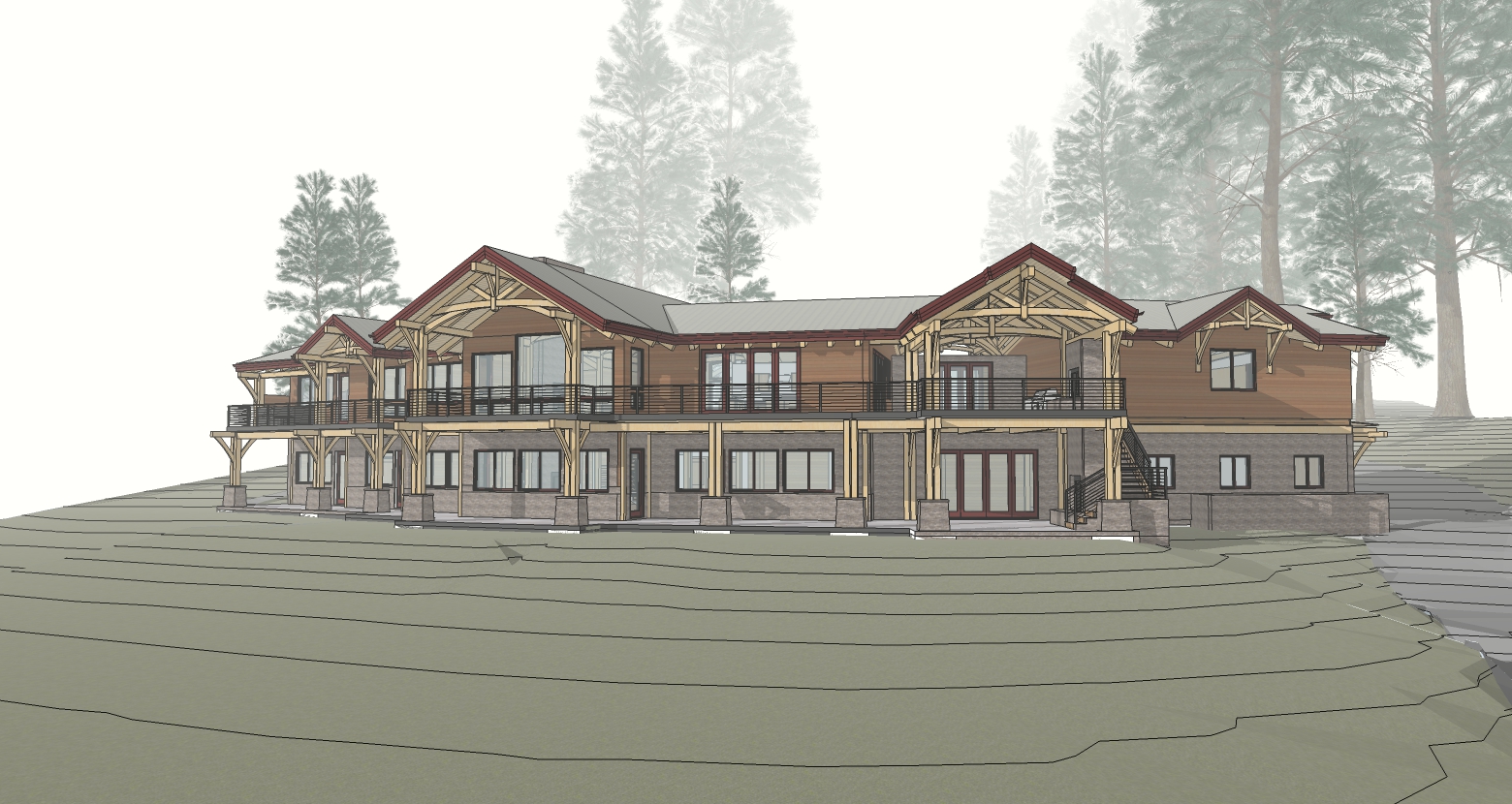 With a dream infill lot in the North Tabor neighborhood, right here in Portland, James and Sarah have enlisted us to join the design team. Looking forward to a collaborative design process with the clients and the design architect.

Likely there’s more but mostly I want to share how far we’ve come, how good this feels, and the fun we’re having. Thanks, as always, for being with us on this crazy ride.