In August of 2008, my wife Maxine, our son Jake, Dexter the dog and Annie the cat arrived in our new home of Portland, Oregon with a plan to open a west coast New Energy Works Timberframers.  In retrospect, the idea that we could just pick up everything, move to a city across this big country, find schooling, the grocery store, a place to start a new timber frame shop, customers, design and build our new home, and still be a solid co-worker and leader to our headquarters back in the beautiful Finger Lakes of NY seems a bit outrageous. It was. In the Fall of 2008 the economy was in the biggest downward spiral we’ve seen in our lives, so what at first seemed hard quickly became a challenge of far more epic proportions.

I was blogging pretty regularly during that time, largely as we built The Vermont Street Project, our modest if well-crafted home in southwest Portland that would eventually find its way onto the cover of three magazines, and be named Fine Homebuilding Magazine’s first ever Home of the Year.

Yes. those times were challenging but also fun and exciting. There were new sites and new friends all while hiking and exploring the beautiful Pacific Northwest. Recently one of those older posts caught Maxine’s eye and she sent it to me to share an afternoon smile. At the time of writing it we had only recently arrived in Oregon, Jake was maybe 6 years old. Here’s the read:

“Overgood.’ This might need an explanation: Jake River is all about motors. When I’m not sure about the controls for the latest forklift that shows up, I’ll turn to him, and often, he’ll just know. I don’t know how, but he does. Ask somebody else: lot’s of people have seen this. Alex from the yard team gave Jake an honorary certificate of forklift training, for gosh sakes. So when he suddenly began talking about something that is great, powerful, way out in front of the rest, that was his designation. Overgood. You know, like overdrive, as in a motor going all out.

Jake has a thumb-meter assigned to overgood. Bad is thumbs down (you knew this), medium is the thumb horizontally, pointed inboard, good is thumbs up of course. Overgood is the stretch, further rotating the thumb past straight up to the outboard horizontal position, so that it takes some effort, a bit of a stretch, gotta work it. Here’s Jake giving the overgood to ice cream at the base of Multnomah Falls, in the Columbia River Gorge. You get the idea. Makes you want some, yes? 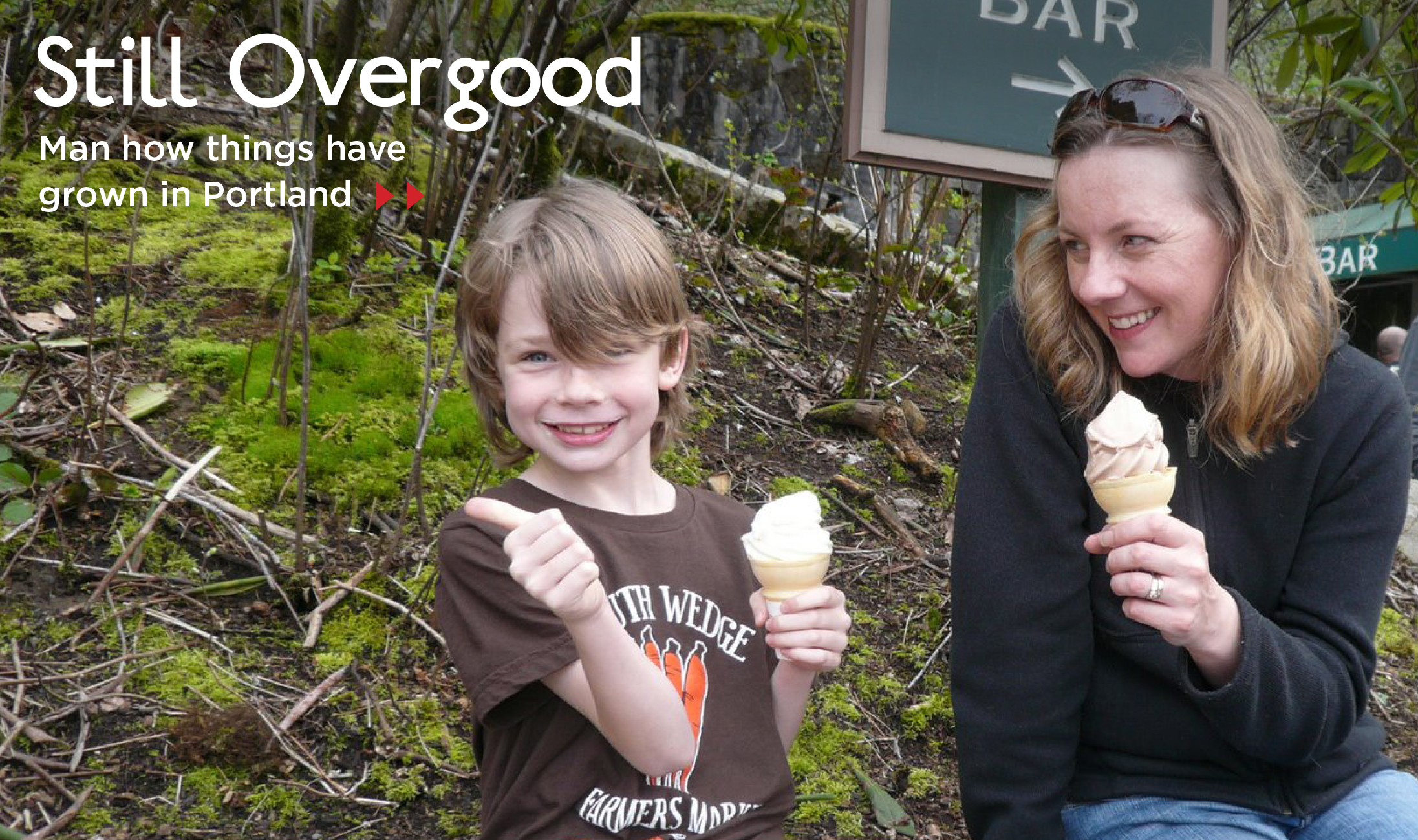 Of course, that was SO then. Jake is now 16, a sophomore, paying me back for being a difficult teen myself while showing real signs that he’s going to be a fine human being. Ask him today about ‘overgood’ and he might give you a blank stare, but then tell you about the latest options for any Tesla on the market, how my hard drive works (and why my Mac sucks), how the government can be better, and how to pilot a drone. He continues to surprise me with what he knows.

Maxine and I have grown older too, though of course, SHE doesn’t show it. And we’ve struggled out of the recession. In these last nine years we made our share of mistakes, learned a bunch, made some mistakes again, and about now have built a strong group of 25 co-workers designing and building with the same quality and service as we’ve built in the east over 25 plus years. I won’t kid you. It hasn’t been easy, nor would I wish this effort on the faint of heart. But looking today at our reasonably young team and a growing body of work, I breathe easier, shake my head once again at the power of human potential, and thank my stars for more great clients, killer projects, and good health. 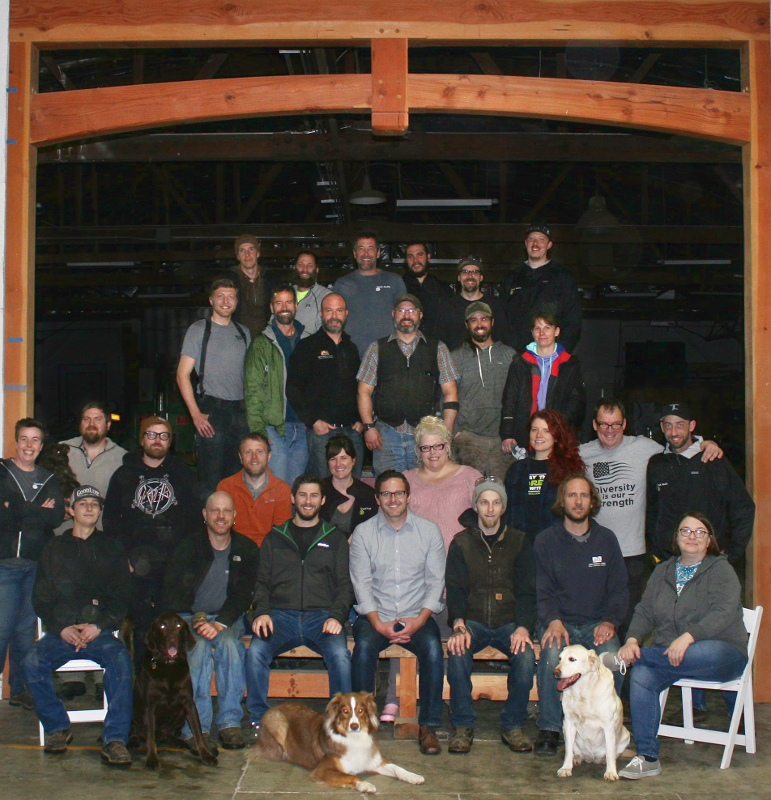